She was only 22 when she took over the responsibilities of the school her father started in 2010. Initially, she was not taken seriously because of her young age, and it was hard for her to accomplish things when people around her didn’t respect her, overlooked her ideas and generally didn’t consider her a professional who meant business. Being an only child, Nidhi Prabhakar succeeded her father, P.D Prabhakar, in Shree Vijaya Public School in 2015 and single-handedly transformed it into a modern institute with new-age facilities and infrastructure. 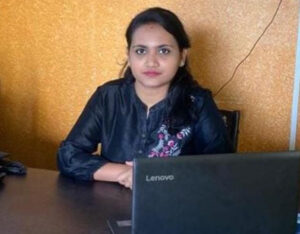 Nidhi, you had no interest in running a school at first, and the idea of taking over the position simply frustrated you. So, what changed? How did you become the leader of the school that your father started from scratch but couldn’t sustain because of his health? What motivated you to pursue his dreams?

I believe we all have passions, but we don’t get to choose them. They choose you, and in my case, despite my reservations at the time, I ended up joining the school. It was started by my father in the year 2010 and he lived through his dreams only for five years.

The passion that he had for the school and the happiness he felt when teaching students was something that inspired me to look at this profession differently. He used to tell me how happy he was when he was teaching students, and then how happy he became when they performed well and delivered results. That was a completely different feeling, and I admired that he was so invested in this profession that he couldn’t keep track of time when he was at school. A few such instances from his healthy days stayed with me forever, and I gradually developed an interest in the school. I saw him push his own will out into the world, bring other people on board, and get things done.

But suddenly my entire world changed when he fell ill and passed away, leaving me with this huge responsibility that I knew nothing about. I had no option but to hold the office because this is not a factory that can be shut down overnight. You have a responsibility to the students who stayed with you, as well as to their future. The choice I made to take this school forward was just for my father, to honour his dream. Today, my husband Nagesh is my backbone and my biggest supporter. He is one of the major decision-makers of the institution. He left his job as a mechanical engineer at Bosch to support my dream. Since he joined the school, his skills have brought success in growth and development.

Starting at a young age and feeling absolutely disconnected from the staff and other members of the school who were more experienced than you, senior than you, was it difficult sometimes to manage them? They had previously treated you as a friendly guest, but since you held the chair, they began looking at you differently and start respecting you in a different way. Tell us about some of the biggest challenges you faced after taking over the school…

Respect isn’t given, it’s earned. I remembered how rarely I used to come to annual days or Independence Day celebrations at school, yet how I had developed trust with the faculty and teachers. When I accepted this position, it wasn’t very accepting for them. They had a more difficult time trusting me as the school’s leader. But they were hopeful that P.D Prabhakar’s daughter would not fail this test. I recall parents coming into the office and looking around for a senior, more experienced person to speak with, but they still enrolled because of my father’s reputation. Differences in age, experience and seniority can make relationships complex to manage, but following in my father’s footsteps was not a difficult decision for me. I made an emotional decision to take his dream forward and I was adamant to see it through. He always believed in me and never questioned my choices in my personal life. So, choosing this profession was my way of saying thank you to him.

Also Read: From A Farmerworker’s Son To Becoming A Proud Edupreneur

Any instances that are etched in your mind?

Oh, there were many! School members, the education department people, each and everyone who was not used to seeing a young face around had it hard accepting me. It was extremely difficult to get people to believe in me and my vision. I vividly remember this one meeting, where everyone around me was the most senior, and one of the government officials brushed off my query because I was the youngest person in the room. It was a valid question but I distinctly remember not being taken seriously. He then answered the same question when someone else asked.

There were some setbacks, but I believed that the only way to be taken seriously is through your actions. Your work speaks for itself, and that is how I gradually began meeting people, government officials, and forming bonds with them. I also think that learning goes both ways: from the leader to the team members, but also from the team members to the leader! I was open-minded, remained curious and listened to the faculty members and to those with more experience. I started learning from them and acknowledged their expertise. When parents enquired, we had a pretty good result to show. Our students have consistently performed well for two years with 100% results and this year we have got the highest result of 99%. We also have 9 distinctions out of a total of 15 students. I made a few changes and the school was new again with brand new facilities and new techniques that attracted parents and students.

When my father was running the school, he was managing up to 7th grade and the student strength was hardly around 150 when first started. My vision was to make the institute a bigger and better place. So, today, we have classes up to 10th grade and the number of students increased to 420 in 2018. Many students dropped out during COVID-19, but we now have time to look forward!

How are you trying to bring back dropout students?

I can try many innovations and cater to different ideas, but the sector we are addressing here is quite backward. Parents of these students are facing unemployment issues, so they prefer to send their children to government schools where they will receive a free education. We are trying to get them back by showing our results.

How did you manage the pandemic situation when schools were closed, children were cooped up in their homes, and teachers were frustrated with the new-age module of online education?

The antidote to all the problems – Varthana! They not only provided financial support but also academic assistance. They showed us how to survive the online learning phase. Teachers were trained, and I received training to implement a comprehensive framework that helped in evaluating a student’s present level of knowledge and skills. We were mostly concentrating on children’s midterm and final exams, but Varthana introduced us to these additional assessments that provided distinctive information about what a student knows, the gaps in his/her understanding, and how to possibly cover these gaps.

When my father started this school, it had only two floors. We used the Varthana loan to construct two new floors and 18 classrooms. Initially, we didn’t have an auditorium and Varthana helped us in building one. We recently completed the projector room and lab and library facilities for 8th and high school students. Since then, parents have noticed that this school no longer has old-school-style classrooms. Varthana recognised the gaps in the learning and development of a child and implemented customised solutions to help plug in such gaps with relevant support.